Do You Feel ill and Don’t Know Why?

Beware, feeling ill and not knowing why can be related to mercury poisoning.

These are just some of the tales from the people that have gone through the problems and damages caused by mercury. This everyday element in our lives can also be present in your mouth. 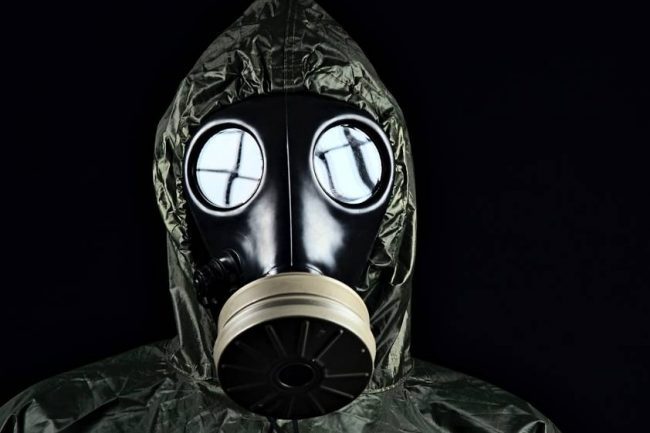 Hence, in one way or another, we need to be mindful about our exposure to mercury in the environment as some microorganisms and natural processes can transform it and it can become toxic to our health and the environment.

According to the World Health Organization (WHO), methylmercury is one of the most dangerous chemical compounds available in the environment.

Why Is it so Toxic?

Mercury has been in our daily lives since the very beginning. It can be found in the environment in its natural state, and it’s released into the surface through natural sources such as mineral decomposition, volcanic activity, soil, etc. Nevertheless, with the beginning of the industrial age, human activities (mining, burning of fossil fuels, sanitary waste incineration, cement production and among others) have generated an additional release.

Based on the WHO (2003), mercury levels in the atmosphere were between 3 to 6 times higher than what is estimated in industrialization. This is a concerning factor because mercury at low levels in the atmosphere does not pose any risk to your health. If these levels are higher, it may have consequences since most of it is due to human activity. Approximately, 80% of mercury is released is from human activities like mining and solid waste incinerations. Then, 15% of it goes to the ground as a consequence of the use of fertilizers, pesticides, and solid waste. Lastly, about 5% goes to the sea through industrial wastewater. As it gets released, the human being is being exposed mainly through your respiration process as we will be inhaling its residues. The body will absorb the residues through the lungs and then, mercury can get into your bloodstream until it gets to your brain and organs.

On the other hand, mercury salts produce mucous membranes and skin lesions. Then, methylmercury can pass through the blood-brain barrier and the placenta. This way, this well-known poison can be added to the substances list that affects pregnancy.

Because of the risks of mercury in our health, the World Health Organization (WHO) and the Food and Agriculture Organization of the United Nations (FAO) have established maximum permitted limits for contaminants, known as Acceptable Daily Intake (ADI). Nevertheless, each country established its maximum levels of contaminants in different foods.

Mercury has many different uses. From ancient times as phenylmercury in commercial products to dimethylmercury used in small amounts in chemical tests.

At the same time, since it has physical-chemical properties, mercury remains being widely used in the medical field. For example, it is used in vaccines (Thimerosal) and in medicines as a preservative. Additionally, it is used in the cosmetics industry, in devices (thermometers, valves, fluorescent lamps, etc.), in the agriculture field, and in different areas.

It is hard to tell which areas do not use mercury and its derivates. Additionally, some countries still use the element in dentistry, specifically with dental fillings; that means it can be in your mouth.

Mercury is used for the creation of fillings used in the restoration of teeth after treating cavities.

Adverse Effects of Mercury in the Body

First, a way to determine if the chemical substance harms someone is to investigate if said substance is absorbed, used, and released by the body.

Mercury generates poisoning effects to many organs and, at a higher risk, the nervous system. The central and peripheral nervous systems are the most susceptible, and the main problem with this is its effects in neuronal development.

Some people with methylmercury poisoning had permanent brain damage after exposure to high amounts. For example, the Minamata disease in 1956 that caused a serious and permanent neurological syndrome was caused due to methylmercury poisoning due to the high consumption of contaminated seafood and fish. The massive poisoning was caused by the mercury that ended up in rivers and water masses that affect seafood and fish.

The amount of mercury in fish will be according to their position in the food chain, with the largest ones, such as the shark or emperor, having higher concentrations than the smaller ones.

The first people to know about its toxicity were the ones who worked in the mining industry since they were exposed to high quantities of the metal for prolong periods and had symptoms and suffered from early deaths due to its poisoning. In relation to its toxicity, research found that the main sources of neurological damage were elemental mercury and methylmercury. These were translated into conduct disorders and neurological symptoms such as tremors, irritability, memory loss, deficits in cognitive functions …

Like these symptoms, it should be noted that different forms of mercury have different effects and can affect other organs. In fact, recent studies indicate that they have immunotoxin effects.

The kidneys are also susceptible due to their accumulation and cause proteinuria or acute renal failure, among others. In addition to the effects on the kidneys, it can also harm the stomach and its intestines, causing nausea, diarrhea, and/or ulcers.

Moreover, despite the toxicity, we must be careful as mercury has the ability to bioaccumulate and a biomagnification effect in the body.

WHO Criteria in Regards Mercury, How Much Mercury is Toxic for the Human Body?

Based on the World Health Organization, mercury is one of the ten chemicals that pose public health problems.

This is why the WHO has proposed different strategies in collaboration with different countries to better understand this mercury problem.

This series of procedures have the goal to gradually eliminate mercury and its compounds since they constitute a worldwide problem for public health and the environment. Hence, these measures are divided into the short, medium, and long term.

Among the strategies that have as a goal the reduction of the circulation of mercury in society, dental amalgams are considered one of the main uses of mercury in the European Union.

In this sense, the WHO approved in 2013 an international convention (Minamata Convention) to reduce the harmful effects of mercury and the “progressive elimination” of dental amalgams.

According to extensive research, exposure to mercury on the long-run has toxic effects starting at 20 µg/m3 of air and above.

It should be noted that these levels can be easily reached due to the bioaccumulation of mercury. This tells us that we must be cautious.

As Servando Pérez, a pedagogue, tells us, “The mercury in my dental fillings intoxicated me.”

Let’s get to know better his story through the following link:

Like him, there are many cases of concerned clients at America Dental. Are you also restless?

Well, without panicking, you should be, it is a good idea to look inside your mouth in the mirror and if you have black fillings, it is something we suggest to take care of.

Even though there’s a lot of controversy about the topic, the fact is that Mercury is toxic and you can poison yourself bit by bit.

Every day there are more cases of people who “just feel bad” and seek tirelessly why and this is one of the reasons to review.

Today, many dentists have replaced these types of dental fillings and have developed less harmful alternatives.

At America Dental we also look after your health, that is why we want to give you the opportunity to get rid of these toxins.